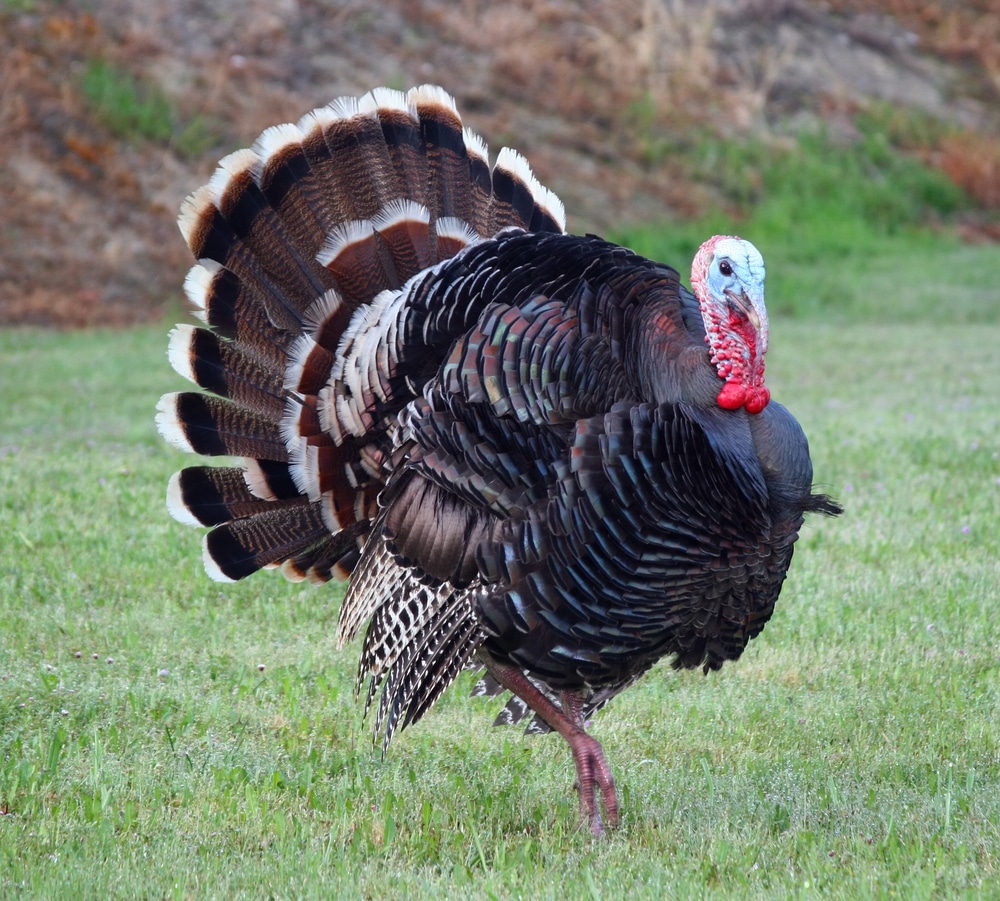 Why do we eat turkey at Thanksgiving?

Why do we eat turkey at Thanksgiving?

When Americans sit down with their families for Thanksgiving dinner, most of us will probably gorge ourselves on the same traditional Thanksgiving menu, with turkey, cranberry sauce, stuffing, and pumpkin pie taking up the most real estate on our plates. But how did these dishes become the national “what you eat on Thanksgiving”?

Did you know the Pilgrims may not have had turkey?

Turkey may not have been on the menu at the 1621 celebration by the Pilgrims of Plymouth that is considered the First Thanksgiving. There were definitely wild turkeys in the Plymouth area, as colonist William Bradford noted in his journal. However, the best existing account of the Pilgrims’ harvest feast comes from colonist Edward Winslow, author of Mourt’s Relation: A Journal of the Pilgrims at Plymouth. Winslow’s first-hand account of the First Thanksgiving included no explicit mention of turkey. He does, however, mention the Pilgrims gathering “wild fowl” for the meal, although that could just as likely have meant ducks or geese.  So why do we chow down on turkey, then?

It helps to know a bit about the history of Thanksgiving. While the idea of giving thanks and celebrating the harvest was popular in certain parts of the country, it was by no means an annual national holiday. Presidents would occasionally declare a Thanksgiving Day celebration, but the holiday hadn’t completely caught on nationwide. Many of these early celebrations included turkey; Alexander Hamilton once remarked that, “No citizen of the U.S. shall refrain from turkey on Thanksgiving Day.”

When Bradford’s journals were reprinted in 1856 after being lost for a century, they found a receptive audience with advocates who wanted Thanksgiving turned into a national holiday. Since Bradford wrote of how the colonists had hunted wild turkeys during the autumn of 1621 and since turkey is a uniquely American (and scrumptious) bird, it gained traction as the Thanksgiving meal of choice for Americans after Lincoln declared Thanksgiving a national holiday in 1863.

Moreover, there were pragmatic reasons for eating turkey rather than, say, chicken at a feast like Thanksgiving. The birds are large enough that they can feed a table full of hungry family members, and unlike chickens or cows, they didn’t serve much utilitarian purpose like laying eggs or making milk. Unlike pork, turkey wasn’t so common that it didn’t seem like a suitable choice for a special occasion, either. An interesting 2007 piece in Slate discussed these reasons for turkey’s prominence, but also made another intriguing point. The publication of A Christmas Carol in 1843 may have helped force along the turkey’s cause as a holiday delicacy when Scrooge magnanimously sends the Cratchit family a Christmas turkey.

So with all that said, Burger Farm and Garden hopes you have a joyous day of Thanksgiving with family and friends and don’t have to add too many new notches to the belt. Happy Thanksgiving!

← Burger Farm and Garden Center celebrates 25 year anniversary of A+ accreditation from Better Business Bureau
Why do we kiss under the mistletoe? →