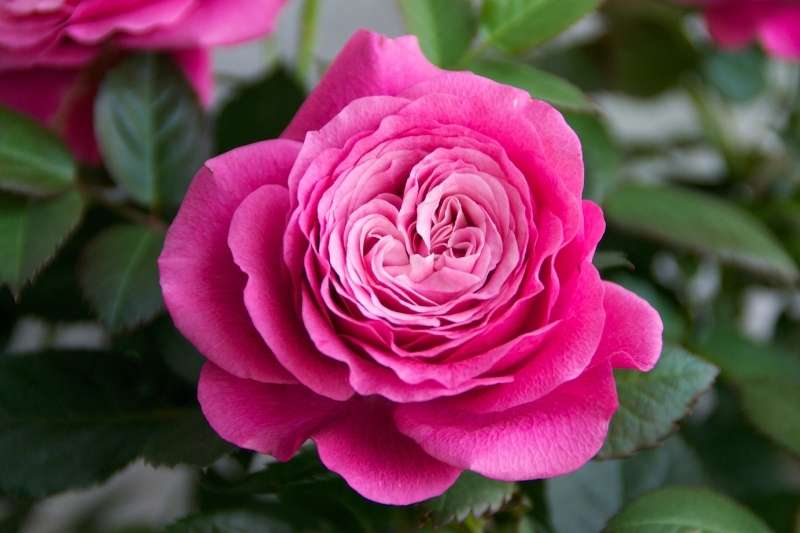 Rose Rosette disease, also known as witches broom in roses, is truly a heartbreaker for the rose loving gardener. There is no known cure for it, thus, once a rose bush contracts the disease, which is actually a virus, it is best to remove and destroy the bush. So what does Rose Rosette disease look like? Keep reading for information on how to treat witches broom in roses.

What is Rose Rosette Disease?

The new leaf buds fail to open and look a bit like rosettes, thus the name Rose Rosette. The disease is fatal to the bush and the longer one leaves it in the rose bed, the more likely it is that other rose bushes in the bed will contract the same virus/disease.

Below is a list of some of symptoms to look for:

**Note: Deep red colored leaves may be totally normal, as the new growth on many rose bushes starts out with a deep red coloration and then turns to green. The difference is that the virus infected foliage keeps its color and can also become mottled, along with vigorous unusual growth.

What Causes Witches Broom in Roses?

The virus is believed to be spread by tiny mites that can carry the nasty disease from bush to bush, infecting many bushes and covering much territory. The mite is named Phyllocoptes fructiphilus and the type of mite is called an eriophyid mite (wooly mite). They are not like the spider mite most of us are familiar with, as they are far smaller.

Research indicates that the virus was first discovered in wild roses growing in the mountains of Wyoming and California in 1930. Since then it has been a case for much study at plant disease diagnostic labs. The virus has recently been placed into a group known as Emaravirus, the genus created to accommodate a virus with four ssRNA, negative sense RNA components. I won’t go further into this here, but look up Emaravirus online for further and interesting study.

Due to the huge popularity of the knockout roses and the resulting mass production of them, the disease may well have found its weak link to spreading within them, as the disease is readily spread through the grafting process. Again, the virus does not appear to be able to spread by pruners that have been used to prune an infected bush and not cleaned before pruning another bush. This is not to say that one does not need to clean their pruners, as it is highly recommended to do so due to the spread of other viruses and diseases in such a manner.

How to Treat Witches Broom on Roses

The best thing we can do is to learn the symptoms of the disease and not buy rose bushes that have the symptoms. If we see such symptoms on rose bushes at a particular garden center or nursery, it is best to inform the proprietor of our findings in a discreet manner.

Some herbicide sprays that have drifted over onto rosebush foliage can cause foliage distortion that looks very much like Rose Rosette, having the witches broom appearance and the same coloration to the foliage. The tell-tale difference is that the growth rate of the sprayed foliage and canes will not be extremely vigorous as the truly infected bush will be.

Again, the best thing to do when you are certain a rose bush has the Rose Rosette virus is to remove the bush and destroy it along with the soil immediately around the infected bush, which could harbor or allow overwintering of the mites. Do not add any of the infected plant materials to your compost pile! Be vigilant for this disease and act quickly if observed in your gardens.

← Ask Mr. Burger – Should I apply lime to my yard in the spring?